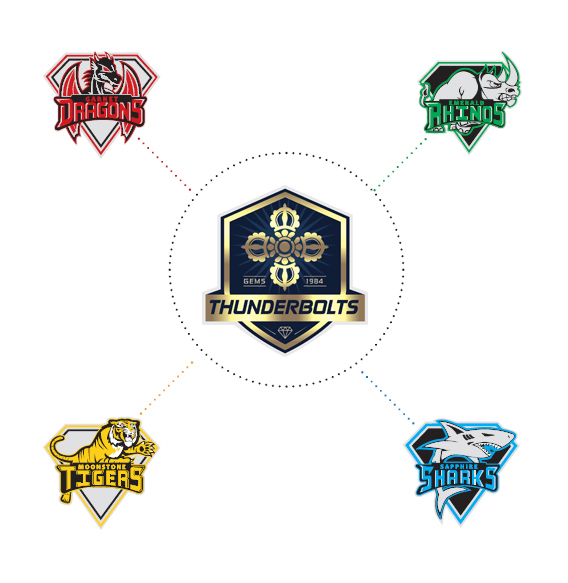 A thunderbolt is the manifestation of the 'Vajra', represented by a flash of lightning with a simultaneous crash of thunder with an ability to destory anything confronting it. It is also taken as a weapon of Lord Indra and other mythological Gods such as Jupiter, Zeus orThor. A thunderbolt generally precedes rainfall, which is a source of life on earth.

At GEMS, the Thunderbolt is taken as a symbol that exhibits the attributes of its members never losing heart even if defeated but finding out where they went wrong and mending the weaknesses to become more goal-oriented, determined and focused on their destination. The Thunderbolts work relentlessly in order to achieve victory not letting any set backs deter their aim and desire to win.